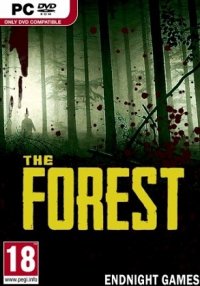 The Forest is a computer game that was released in April 2018. Developed and published by Endnight Games. The game belongs to the genre of survival horror with a first-person view, and has an open world. Here players have to survive on the island after a plane crash. In addition to finding vital resources, you must also defend yourself against the local residents, who are cannibals.

The main character, Eric LeBlanc, survives a plane crash and wakes up on the island. With him on board was Timmy's son, who must be found. To survive, you will have to build a shelter, find food and fresh water, craft weapons and other necessary items.

The island is home to many wild animals that will attack every time they meet. But even they are no match for the natives who want to eat human flesh. Some of them are neutral and only watch the survivors, but the bulk show aggression, hunt down the victim and attack. You need to be especially careful at night, and build a solid shelter that can protect you from locals and animals.

Throughout the passage, the game will persuade the tribe's intentions. If you observe their behavior, you will notice that they act in concert using tactical decisions. This suggests that you can find a common language with the savages and ask for help in finding your son. But if the dialogue fails, there is a risk of being at the stake.

The character has a backpack where you can put the found tools, fruits, killed animals, a flashlight, a map, a compass, furs, various herbs and much more. Plants can be used to prepare not only food and tea, but also medicinal decoctions. Some items can be combined to get something new. Screenshots System Requirements Features RePack How to install The Forest game