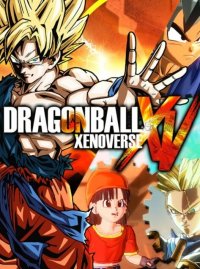 Dragon Ball: Xenoverse is a mixture of RPG and fighting game. The game takes place in the universe of the cult anime series Dragon Ball, which is sure to delight fans of the franchise. However, it is not necessary to be familiar with the series to play through, because the plot of the game is quite distinctive.

There are enough game mechanics here, but one of the most curious is the mechanics of race selection and character customization. The choice of race affects not only the appearance, but also the plot, which makes it worthwhile to play the game several times for a new race.

The customization of the character itself is quite simple, but extensive. The player can easily create a character that will resemble an existing one from the series, or make him look like himself. Each individual character has unique techniques, they depend on the choice of race. Techniques can be learned by learning from teachers, there are several of them in the game. They will give tasks for the completion of which the main character will be pumped.

The combat system in the game is made quite unusually and of high quality, the player, like rivals, can safely move around the playing field, inflicting various blows and combos on each other. A nice detail is that during combat, the player can safely fly and swim, continuing to strike.

The plot is also an equally good side of the game, although it is based on the anime, it has unique scenes. The entire storyline campaign is based on the fact that the main character and his allies monitor the integrity of the timeline, but some creatures were able to intervene in it, changing significant events to fit their needs, and the player will have to fight with this.

In addition to the main story missions, Dragon Ball: Xenoverse has many optional side missions. They are made with high quality, and they are worth going through in order to obtain in-game items necessary for character development.

Another pleasant factor is the nice graphics and environment. The three-dimensional graphics, however, are made in an unusual cartoon style, due to which the locations look colorful and bright, not to mention the battles with enemies. The locations are varied and contrasting, among them there is a metropolis of the future, and high mountain peaks, and even seas and oceans, on which battles will also take place. Screenshots System Requirements DLC's Features RePack How to install Dragon Ball: Xenoverse game