Grand Theft Auto: San Andreas - The Definitive Edition is the final part of the remaster series of the classic GTA trilogy. As in other parts of the re-released trilogy, improved textures, physics and lighting have been added to the game. Its release on the main gaming platforms took place on November 24, 2021. Also in the second half of 2022, it is planned to release the game on mobile devices.

The protagonist of the video game is 21-year-old gangster Carl Johnson, nicknamed CJ. After the death of his mother, he returns to his hometown of Los Santos (recreated in the likeness of Los Angeles), where he again begins to engage in criminal activities and earn prestige. But he is opposed by all sorts of bandit groups and corrupt officials.

The entire gameplay is based on the study of the open world. Initially, you can only move freely around Los Santos, but as you move along the storyline, new areas will open: Las Venturas, San Fierro and other smaller districts. To progress through the story, you need to complete missions.

There are also additional tasks in the open world, for the completion of which monetary rewards are issued and authority increases. In addition, in free mode, you can upgrade your character: increase physical strength, acquire new weapons, change clothes.

The changes mainly affected the improvement of graphics and control systems. The draw distance in Grand Theft Auto: San Andreas - The Definitive Edition has been significantly increased, realistic lighting and shadows have been added. As for the character models, they have not changed much, except that the style of their drawing has become like a cartoon.

The control system largely migrated from GTA V. The choice of weapons began to be carried out using the wheel, and the map became animated and more convenient due to route planning. Some soundtracks and cheat codes also disappeared. This is where the main differences from the original game end. Screenshots System Requirements Features RePack How to install Grand Theft Auto: San Andreas - The Definitive Edition game 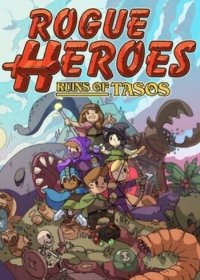