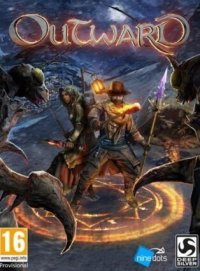 Outward is an RPG from Nine Dots Studio, published on June 16, 2020. The main character is burdened from birth with a debt for the sins committed by his deceased mother. In search of money, he sets off on a voyage, but the ship with all the earned goes to the bottom. So he decides to leave his native land and go on a journey.

The world of Aurai is divided into four regions, each of which is dominated by its own faction with its own ideology. The Blue Chamber puts family ties at the head, the Elates preach altruism and selfless heroism, the Kingdom of the Levant values ​​personal individuality above all else. The fourth is the native tribe, but contact with him will not work.

A conflict is brewing on the lands, which can be viewed from different barricades. Each side has a simple chain of quests that replace the plot. The story is written very simply and dryly. The project focuses on exploring the world and surviving in it.

Every journey requires thorough and thoughtful preparation. The character suffers from hunger, thirst, cold and fatigue on the way. Every accidental wound can lead to death through blood poisoning. Therefore, it is worth stocking up on healing potions, bandages, tools, cooking utensils and much more.

Inventory management takes up a significant part of the game time. The more it is in the bag, the higher the chances of returning to civilization. It doesn't sound complicated, but in fact, the developers have introduced a huge number of little things.

A large bag over the shoulders interferes in combat, so it should be thrown before a fight. Essentials are allowed to be packed into pockets, but their maximum weight and volume are severely limited.

For the sake of realism, the current location is not indicated on the map - you can only navigate by sightseeing. Plus, Outward is constantly rewriting saves, not allowing you to create them yourself. Thus, every decision is final and cannot be corrected. Screenshots System Requirements DLC's Features RePack How to install Outward game