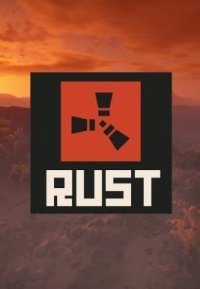 Rust is an arcade-based, action-packed survival simulator that Facepunch is working on. The game was released into early access back in 2013, and only reached full release in 2018.

The developers are quite fickle and often rework the game in an attempt to achieve the ideal. So, in 2015, Rust was ported to the more modern Unity engine, and also changed several genre directions.

There is no plot in Rust. The player appears in the middle of a randomly generated map without any items and his main task is survival. After the extraction of some resources, it will be possible to create the simplest equipment and start building a shelter.

The type and form of the shelter is limited only by the imagination of the player himself and the amount of collected building materials. It can be a bulletproof bunker of several floors, or a small inconspicuous house among the trees, which will not catch the eye of casual travelers. All this is done in order to protect their resources, obtained by honest, and sometimes not very, labor.

Since Rust is a social game, it will be hard without a campaign. Therefore, players often unite into groups or clans. And here another feature is revealed, which appeared not so long ago with the broader development of the community - clan wars and raids.

Players who have united in a clan take control of a certain territory and protect it by any available means: some are constantly patrolling, others build up key places with defensive structures. When a clan becomes cramped in the agreed territory, they begin to make raids or raids on the territory of other clans in order to grab a valuable piece for themselves or simply steal more things.

As work on the game continues to this day, something new constantly appears in it. With each update, the developers add more in-game items and a variety of game mechanics. Optimization is also undergoing constant improvement. Screenshots System Requirements Features RePack How to install Rust game