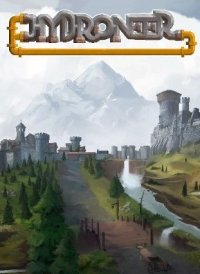 Hydroneer is a Gold Miner Simulator from Foulball Hangover, released on May 8, 2020. The player tries on the role of a prospector. At the start, he finds himself in an open, spacious location.

The game provides a number of tools for exploring the world and complete freedom of action. The main occupation will be the extraction of minerals, their sale, processing and the manufacture of items. In the beginning, only a shovel is given for work, but with the proceeds from the sale of raw materials, it will be possible to buy more advanced tools.

The character has no inventory. Any picked up item is picked up and thrown away after picking up the next one. The same goes for money and cards. There are three types of resources available: gold, iron and diamonds. Deposits of each of them are mined in certain zones, marked with a corresponding icon on the map.

It all starts with manual production. With the help of an ordinary shovel, you will have to dig a quarry, while the soil does not disappear into nowhere, it must be moved to another place. Can be simply tilted to the side or transported in the back of a truck, buckets or basins. The same goes for water.

For the processing of raw materials, it is worth purchasing smelting furnaces, anvils, and more. The stores also sell pipes for supplying liquids, walls for construction and other parts from which structures and mechanisms are assembled, which greatly facilitate the work, and later automate the extraction.

The location in Hydroneer is quite extensive and wheeled and floating vehicles are provided for its exploration. There are no NPCs in the world, purchases and sales are made by placing the goods in a specially designated place.

The settlements are made in a medieval style. There are castles and villages that resemble Viking dwellings. The developers are constantly releasing new updates that add new content, territories, vehicles and mechanics. Screenshots System Requirements Features RePack How to install Hydroneer game