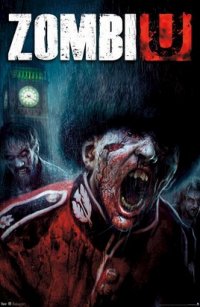 ZombiU is a game in the genre of survival in a zombie apocalypse. Originally, Ubisoft released the game for the Wii console in 2012. The game is positioned as a restart of the game released almost 20 years ago by Zombie for ZX Spectrum and MS-DOS. Later, in the summer of 2015, the developers reissued the game for the console xBox One, Playstation 4 and the Windows platform.

The game ZombiU Free Download differs from ordinary zombie games in that after a bite, turning into a zombie, the game does not end. You just start playing with another character. And your former character will continue to stagger around the world in search of living people. In the game, the character has an inventory, which after death will remain with the zombie. Having revived, the player first of all should find his zombie, and get the contents of the inventory back. This feature is especially interesting in a multiplayer game where another player may encroach on your inventory.
The plot of the game is very simple, the player must survive in London filled by zombie and get out of the city. During the game, the player will constantly experience a shortage of cartridges and more often will have to kill zombies using a bit. Pistols, shotguns and machine guns can be improved during the game, increasing the rate of fire or the volume of the store. In the course of the game, it is possible to leave hints to other players in the form of arrows and symbols on the walls. Screenshots System Requirements Features RePack How to install ZombiU game

Date TorrentDownloadSize
8 May 2017
Hey Everyone!