Homefront is a computer game, released in 2011 by the American developer Kaos Studios for PC, Playstation and xBox 360. During all years of existence the company released only two products - Frontlines: Fuel of war and Homefront. The first one was run-on-the-mill and didn`t take any top positions in the charts. The second game got very positive reviews and high ratings from both game lovers and game news periodicals. In spite of this fact, Kaos Studios was closed three month later.

Homefront Free Download is a first-person shooter, which demonstrates the imaginary situation if a union of South and North Korea would attack the USA. A player acts as a retired USAF pilot, who decided to join resistance fighters. The plot is not very complicated, for you don`t have to free the world from Korea`s oppression. The main goal is to withstand the onslaughts of the enemy by all means, until EU Member States send reinforcements.
From the very beginning it was no secret that Kaos Studios wanted to create a worthy alternative for Call of Duty. That’s’ why the multiplayer of Homefront resembles it very much. A player also fights in battles, increasing his level and getting new weapons.
In terms of graphic performance, you can`t but notice a truly impressive picture, because the developers made most of the game engine. All these features, together with the unusual plot and gameplay, have built high sales of Homefront. Screenshots System Requirements DLC's Features RePack How to install Homefront game 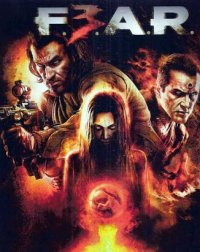