Braid is a two-dimensional puzzle platformer developed by one person. The game was created by programmer and game designer Jonathan Blow. The release took place on April 10, 2009. Braid is a game with a deep plot that does not lie on the surface. The main character, whose name is Tim, is trying to save the princess from the clutches of a dragon.

Narration is conveyed through many aspects of the game. The scenery of the locations tells about the mistakes made by the main character. Collecting puzzle pieces on the levels, a picture with a small signature opens. These are the crucial situations in Tim's life that happened to him in the past.
Since this is a platformer, the mechanics here are based on jumping enemies on their heads, climbing stairs and linear passage from point A to point B. Levels are passed in random order. Parts of the puzzle are scattered along the way, which are needed to complete the level and understand the plot.
Puzzles are tied to the ability to manage time. Each chapter has its own mechanics of interaction with time: rewind and fast forward, deceleration and acceleration, complete stop. The game has hidden eight stars, which are very difficult to collect. They symbolize the eight qualities that are needed to save the princess. Screenshots System Requirements Features RePack

Date TorrentDownloadSize
21 May 2019
Hey Everyone! 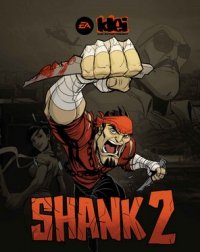