Ice Age: Dawn of the Dinosaurs

Ice Age: Dawn of the Dinosaurs is an arcade game developed by Eurocom Intertainment Software and published by Activision in 2009. The plot of the game is based on the cartoon of the same name. The gameplay involves a sequential game for each of the main characters of the cartoon. At the first level, the player is trained, and then begins the game in the body of a sloth.

Characters are fundamentally different from each other. The surroundings and the rhythm of the game are constantly changing, and the game process is accompanied not only by music, but also by other sound effects. The map is divided into 20 locations, each of which can be returned for re-passing and setting records.
The game has a bonus system that encourages good performance at a level. The main part of the characters was voiced by professional cartoon actors. The player has 8 mini-games that can be played in single-player and multi-player mode.
The user will have to face 25 different opponents who need to be defeated in various roles. The main game currency is cherries and apples. There are also multi-colored crystals that provide access to additional characters, games and music. The process ends with a final battle. Screenshots System Requirements Features RePack 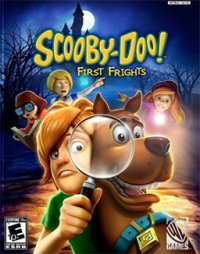