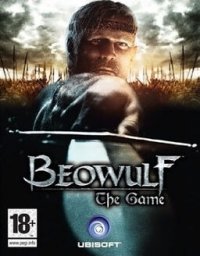 Thanks to Beowulf: The Game, everyone has the opportunity to be in the universe of the famous saga of the same name. The game takes place in Denmark. The warrior of the North, under the clear guidance of the player, goes on a dangerous journey. The hero is waiting for adventure, dangerous battles and much more. All this will help to become his king.

The game has several features. The development of the plot is based on the actions of the player. Each decision during the passage affects the final game. Advanced combat system. Combinations, damage, and more, depend on the weapon in the player’s hands and handling skills. Even thirteen years after the release of the schedule in the game does not look outdated. The game is built on classic elements: completing tasks, exploring the world, improving skills, and so on.
The gameplay is not uniform. In the process of passing alternate traveling on water and land, exploring the world, battles and completing quests. The environment is spelled out quite accurately, which positively affects the atmosphere. The graphics, even by modern standards, are excellent. In turn, the mechanics themselves, as well as the combat system, are intuitive and easy to use. All together makes Beowulf: The Game a good pastime. Screenshots System Requirements Features RePack