Need for Speed: ProStreet is a legendary arcade car racing simulator from EA Black Box, Exient Entertainment, and Iron Monkey. This time, the player will plunge into the atmosphere of legal races (weekends) in career mode as the main character - Ryan Cooper. The developers have created an improved model of damage and driving.

Unlike the previous parts of Need for Speed, all races in the game require the player to accurately and accurately drive, adhering to the auxiliary line. Now street races are no longer in demand, and talented racers participate in official competitions on special tracks and no more raids of policemen.
Customization of the car has undergone a much widened range of improvements - now the player can not only change the bumpers, hood and spoiler of his car, but also customize their appearance with dimensions, a new style and additional lines. The finest tuning allows you to improve aerodynamics, increase control, adjust suspension elements, transmission and engine power manually. And new sets of vinyls and coloring books will make your car unique.
Compared to other parts, the developers emphasized the realism of the races. In general, the game has become more spectacular, worked out and remains in demand to this day. The quality of graphics and physics still complies with modern standards, and the beautiful design of tracks, objects and locations makes the game memorable and unique in its kind. Screenshots System Requirements DLC's Features RePack How to install Need for Speed: ProStreet game 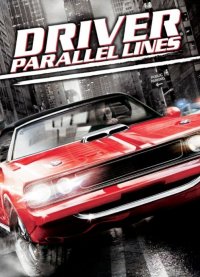