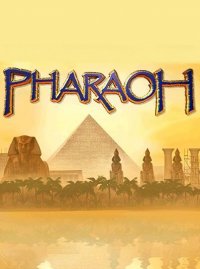 Pharaoh is a city building simulator similar to the SimCity and Sities series. The difference lies in the time and place of the game: the user will become the ruler of Egypt in the prehistoric period. Developed by 2 studios: Impressions Games and BreakAway Games. The project was released thanks to Sierra Entertainment in 1999.

The game takes the player to the world of a bygone era in Egypt. The period from the 33rd century BC to 32 BC is copied. This is evidenced by the visual style: the architecture of the Egyptian Museum from Berlin is used to match the historical canon.

The gameplay begins with the creation of your settlement on the coast of the Nile River. This is followed by the stage of development and life support of the settlers with everything they need: food, water and other benefits. You should also constantly develop your village, because with each new task, the gameplay becomes more complicated: new needs appear, both for users and the mission itself sets more difficult goals to complete. Moving further and further, the player will be overtaken by the most difficult stage: the creation of a defensive system, the construction of huge buildings and the implementation of special tasks and requirements from the most important person in Ancient Egypt - Pharaoh.

In total, Pharaoh has about 40 tasks in the main campaign. There is also an add-on called "Cleopatra", which provides an "extension" of the gameplay for 15 missions. It is also available to manage the created state from people known in reality who were rulers in ancient times. They are: Tutankhamun, Ramses II and Cleopatra.

Pharaoh does not have multiplayer, as it is focused solely on completing missions. This feature is also present in the Tropico series, however, it did not make the game worse.

The project has received well-deserved high marks from gaming publications. The community rated the game 9 out of 10, which is not surprising, because the result was good. Pharaoh is worth playing anyway, especially for those who like to take on the role of ruler. Screenshots System Requirements DLC's Features RePack How to install Pharaoh game