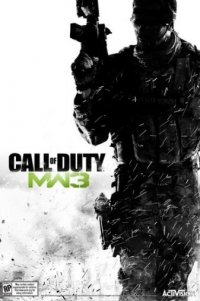 Call of Duty: Modern Warfare 3 is a PC video game, which is the eighth part of the famous series. Developed by Infinity Ward. The genre is a first person shooter. The continuation of the series was published in 2011.

The game is dedicated to the Third World War, or rather its end. This war was started by Vladimir Makarov and Shepard. Players will not play for a specific protagonist, but for many fighters who are in various world squads. They are looking for Makarov's companions all over the world and destroy them so that the United States can win the confrontation.

Vladimir Makarov dreams of conquering half of the world, including Europe and the United States of America. He finds support in Russia, the Middle East and Africa. The local commanders are actively cooperating with Makarov, providing their fighters and a wide arsenal of weapons and military vehicles.

The gameplay consists of levels, like other linear shooters. At each level, players are given a specific mission, which consists of smaller tasks. The level is considered passed if the main mission is fully completed.

Sometimes players are given freedom of choice during the passage, but nothing affects the ending. You will be able to choose between stealthy passage and standard extermination of all enemies.

The character can carry two types of weapons, change them, and pick up a new one. You can also arm yourself with four frag grenades and four stun grenades. In cases, it is allowed to use additional equipment that is not available in standard situations.

It is necessary to give your wards a rest, since they have a health scale that is eliminated not only from enemy attacks, but also during long battles. Rest replenishes the health of the fighters, and first-aid kits have disappeared from the previous part of the series. Screenshots System Requirements DLC's Features RePack How to install Call of Duty: Modern Warfare 3 game