Still Life 2 is an action-packed thriller from French developers from GameCo Studios. The game was released on April 3, 2009 from the publisher Microids. The story begins in America in the 2000s. In Maine, a maniac is declared who kills girls and writes his atrocities to disk. Journalists dubbed him the “East Coast Executioner”.

Two main characters take on the identity of the killer: FBI agent Vick Macpherson and journalist Paloma Hernandez. Each pursues its own motives and wants to expose the mysterious maniac.
The gameplay is a quest with elements of adventure and horror. Both heroines take turns under control. The gameplay for Wick provides an overview of the crime scene, collecting evidence and conducting an investigation. The second heroine is captured by the same "Executioner" and tries to break out of his captivity.
Throughout the game you will have to solve various puzzles, some of them for a while. The selection of keys and passwords, spatial puzzles and solving puzzles keep the tension to the very end. The mechanics of collecting evidence is the use of various tools and techniques. It is necessary to scan fingerprints, take samples for DNA analysis and check with the database. Screenshots System Requirements Features RePack

Date TorrentDownloadSize
1 May 2019
Hey Everyone! 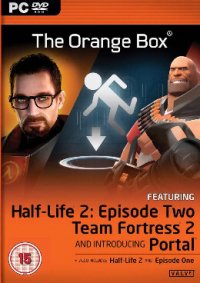