Return to Mysterious Island 2 is an adventure game based on the classic of world literature - Jules Verne’s novel “The Mysterious Island”. A girl named Mina crashes. The only friend that can help is a monkey named Jupe. During the game, you need to switch between Mina and Jupe depending on the situation.

Mina can read useful information, build the right part or tool. Nimble Jupe crawls into hard-to-reach caves and shelters, and can also communicate with other monkeys who are “like fish in water” in their native forest.
The plot is served in portions and is full of mysteries. In the course of action, you will have to fight for survival and solve complex puzzles. Bright, a little cartoony graphics will appeal to the connoisseur of a good picture. Characters are drawn to the smallest detail. A thoughtful player will be able to notice Mina's suspicious resemblance to the famous Lara Croft.
Players can synchronize the game with the phone, and go through some puzzles on it, and then again return to the passage on the PC. Fans of the adventure genre, lovers of puzzles and challenge from the game will definitely enjoy and spend a lot more than ten hours of playing time behind the screen. Screenshots System Requirements Features RePack

Date TorrentDownloadSize
29 May 2019
Hey Everyone! 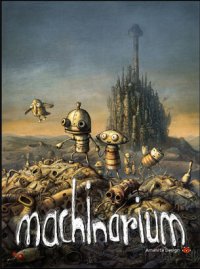