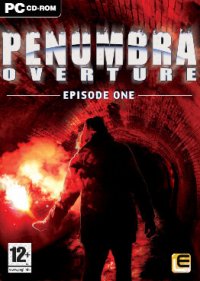 Penumbra: Overture is a computer-based survival game released in 2007 by Frictional Games. At the beginning of the game, a gamer will receive a letter from a longtime friend of Philip, who needs help. And after the player will have to plunge into the memories of a friend, going through all the trials that Philip has encountered before.

The game gives the impression of complete immersion, especially when the door is opened not with a mouse click in any area, but with the help of a handle, pulling it towards you. The player can open the doors slightly or open completely. Helping to fight monsters will be not military weapons, but improvised means in the form of hammers, picks and other objects found along the way.
Throughout the quest, it will be necessary to collect a knowledge base that can be useful at any time. On the way there will meet three types of opponents: dogs, spiders and worms. There is a certain tactic against everyone. If it is impossible to escape from a zombie dog, but can be circumvented, then the spider can simply be killed. But with the worms it’s the other way around - they are not killed, therefore, in order to be saved, you will have to run very quickly. In this game, it is better not to engage in battle, it is worth making a tactical move and avoiding a collision, than in vain endangering yourself. Screenshots System Requirements Features RePack