DOOM Eternal is a first person shooter developed by id Software. Published by Bethesda Softworks on March 20, 2020. Two years after the events on Mars, the forces of hell took over the Earth. Doom Executioner uses the space fortress as his headquarters and plans to assassinate three priests leading the forces of hell.

The continuation develops all the best features of its predecessor. The developers managed to keep the insane dynamics and adrenaline of the original and expand it. The whole point of gameplay is in motion. The game does not allow you to stop or take an advantageous position. Any delay threatens death.

Mobility has been significantly improved with the new dash ability. This, paired with a double jump, allowed for verticality in the gameplay and significantly expanded platforming capabilities. Thus, the player moves around the location with lightning speed, pouring fire on enemies without a break for reloading. There are never any problems with ammunition - they are easily removed from demons using a chainsaw. It's the same with first aid kits.

The opponents themselves in DOOM Eternal have also changed. In addition to the fact that a number of new types have appeared, the old ones have acquired vulnerabilities to certain types of weapons and vulnerable points. This forces you to constantly change the barrel in your hands and keep all these features in your head.

The arsenal has been expanded with new designs. Added cryogrenades, flamethrower and much more. All the same, two body kits are installed on each copy, which are improved separately. The upgrades are hidden in colorful and exciting locations. To find them, you have to look into every corner.

In the new part, there was a place for an interesting story that reveals the details of what is happening, and the details of the structure of the surrounding world. But all this can be easily ignored - the perception of the game will not suffer from this. Screenshots System Requirements DLC's Features RePack How to install DOOM Eternal game 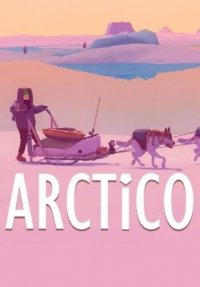