ENCODYA - Save the World Edition

ENCODYA is an adventure by Chaosmonger Studio, published by Assemble Entertainment on January 26, 2021. Save the World Edition includes the Official Art Book, Soundtrack, Wallpaper and Mucking Of Video.

ENCODYA - Save the World Edition review

The action takes place in 2062, in the city of Neo Berlin. In the center of the story is the girl Tina and her robotic bodyguard, Sam. Locals spend most of their time in cyberspace, which has become a kind of drug.

The heroine's mother dies from an overdose of virtual reality. The father also disappeared without a trace, and the child with his iron friend has to live on the roof, under a canopy of trash, eating what he can get.

But one day it turns out that dad was conducting some kind of research, and a certain code is encrypted in Sam, which is activated on Tina's tenth birthday. This should bring about significant changes in the world and save all citizens. Naturally, this does not suit the government and corporations at all, which open up a real hunt for a couple.

The gameplay is based on the classic Point & Click elements. The player has two characters at his disposal, between which you can switch at any time. They differ in their capabilities: a big man can carry weights or reach high objects, but the child can interact more subtly with the environment and communicate with the NPC.

The tasks are very difficult and consist, as a rule, in finding objects and applying them in certain places. The logic of the actions is clear: install a floppy disk in a computer, insert a token into a machine, or use a fish to lure a cat.

Everything in ENCODYA - Save the World Edition, from the plot and puzzles to graphic performance, speaks of the project's focus on the children's audience. There is no open cruelty here, and all the characters, including the main villain, are made in a funny, caricatured style. Screenshots System Requirements Features RePack How to install ENCODYA - Save the World Edition game 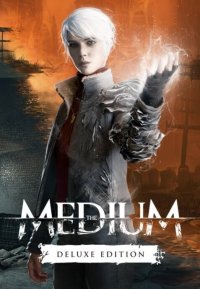