Red Dead Redemption 2 is a third-person action-adventure game in which the player can immerse themselves in the events of the USA at the turn of the 20th century. Users can explore locations and search for resources, conduct crafts, and so on, which was in past centuries. A shooter in the style of a western was released in 2018, thanks to developers from Rockstar Games.

The game is a prequel to the original 2010 Red Dead Redemption in which the player takes on the role of gang member Arthur Morgan. Here you have to spend a lot of time doing what people used to live in: going to bars, keeping an eye on household chores, getting a haircut and doing everything to keep them alive. Red Dead Redemption 2 is a simulator of life in the Wild West, conveying the maximum amount of details of a person's life. The game provides an opportunity to advance through a plot that tells about hiding gang members from federal agents. Players will find something to do: this is a classic where you can do cattle breeding and entertain yourself with shootings, everything is in the hands of the user. There is also a cooperative game mode, which makes it impossible to get bored playing with other users.

The plot of Red Dead Redemption 2 tells the story of the adventures of bandits, starting in 1899. The gang failed to pull off a bank robbery, which prompts federal agents to hunt down criminals. Realizing that the time of unrest is coming to an end, the heroes decide to go to rest, having made money before that. They decided to do this in the way they were used to - to rob the tycoon, or rather, his train.

When the gang succeeds, the robbed tycoon hires people to find the criminals. A firefight ensues between them, because of which the robbers must again find a new shelter. The user will witness all the adventures that will not let you get off the screen throughout the story. Screenshots System Requirements Features RePack How to install Red Dead Redemption 2 game 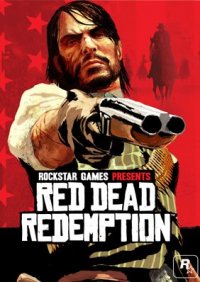