Command & Conquer: Remastered Collection is a reissue of the 1995 strategy game of the same name from Petroglyph and Lemon Sky Studios, published on June 5, 2020. The set contains "Tiberian Dawn" and "Red Alert", and the add-ons "The Covert Operation", "Counterstrike", and "Retaliation".

The plot tells about the confrontation between the GDI coalition and the terrorist organization Brotherhood NOD for control of the mineral Tiberium. A valuable resource was brought to Earth with a meteorite that fell in Italy in the 90s. The main game offers two campaigns for both opposing sides.

The remaster rewrote and refurbished the soundtrack, improved graphics and resolution. The interface, models of buildings and units, and the surface of the earth were completely redrawn. The live action and CGI screensavers have been refurbished using a neural network. At any time, you can switch between the classic picture and sound, and the updated version.

The gameplay remains unchanged. The player is given a card hidden by the fog of war, a handful of units and resources. To complete the task, it is necessary to explore the terrain, build a base and build up military power. Sometimes reinforcements arrive at the borders of the map.

On locations there are civilians who are neutral in relation to the government, but can be killed by terrorists. The main resource in Command & Conquer: Remastered Collection is Tiberius, he is scattered over the surface in the form of crystals and collected with special equipment.

Combat units are represented by infantry, armored vehicles, aviation and navy. Almost all units are written off from real army units, but there are also futuristic copies. You can build buildings anywhere. They are divided into production, energy, resource and protective. Each side has similar and unique weapon types. Screenshots System Requirements Features RePack How to install Command & Conquer: Remastered Collection game 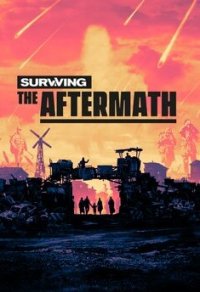