Codename Panzers: Cold War - a computer game in the genre of RTS, is a continuation of the famous series. The game was developed by StormRegion. The main plot of the game is an alternative history of the development of the world after the Second World War, as well as during the Cold War between the USA and the USSR.

By April 1949, disagreements between the former allies in World War II were exacerbating, which provoked a new conflict. The countries of the socialist bloc, having created their nuclear weapons, lay claim to the lion's share of world power. Of course, the countries of Western Europe and the United States are not going to so easily give their advantage. The situation becomes extremely tense, one word - and the world can be destroyed. On the morning of April 8, in Berlin, the German capital heard the tank cannonade. What awaits our world after the bloodiest battle is to be learned by the players who have begun the passage.
The gameplay of Cold War is similar to other games in the series: manpower is represented by endless ammunition, however, military equipment does not have such privileges. The game is developed on a new engine. Of the new technology, one can note the first MiG-15 fighter jet, the world's largest Mi-6 helicopter, the American F-86 Saber, as well as the IS-10, M48 Patton, T-62, M-26 Pershing tanks and others. Screenshots System Requirements Features RePack

Date TorrentDownloadSize
26 May 2019
Hey Everyone! 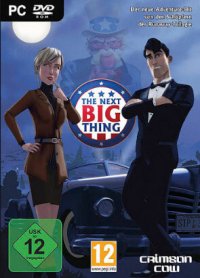