Kingdoms and Castles can be described as a synthesis of ideas from SimCity, Banished and Stronghold. You can also think of a series like Caesar, because buildings in player-controlled cities are also prone to sudden flames.

The main task of the player is to build a pleasant town where residents want to move. To do this, they need to be motivated in every possible way, providing all possible amenities, such as churches or hotels.

In this world, danger lurks at every step and strong walls with high towers do not always help. The player can experience a harsh winter that looks so white that it can hurt his eyes, or the plague. There are always less significant daily problems, such as bad weather. Long-term planning will also find its place in the overall development strategy. If the forest is cleared too quickly, there will soon be nowhere to restock. Therefore, it is more profitable to plant new ones in the vacated territories and allow forest tracts to recover. The role of weather and climate is also important. Clouds and especially the time of year determine how much the fields will yield. And without supplies for the winter, residents are doomed.

From time to time, the castle can be attacked by Vikings who kidnap residents and set fire to houses. It is necessary to defend against them by organizing the defense, thought out to the smallest detail. The height of the walls, their location, the number of towers and archers on the walls - all this is determined by the player, taking into account the terrain. Well, in addition to the Vikings, a fire-breathing flying dragon can attack the settlement.

The graphic design of the game is simple, but the process of transforming a small village with one stone building into a huge inaccessible citadel is a pleasure to watch. When the territory within the first fortress wall ends, the building moves to the area adjacent to it. Subsequently, it is necessary to build a second fortress wall, and so on. Ultimately, the fortress turns into a bastion like the ones to be assaulted in the last missions of the Medieval II: Total War campaign. Screenshots System Requirements Features RePack How to install Kingdoms and Castles game 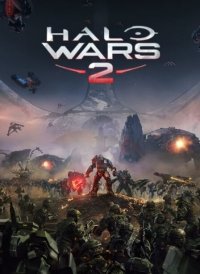