Minecraft Dungeons is a dungeon crawler from Mojang Studios and Double Eleven, published on May 26, 2020.

A group of heroes opposes a villain with a powerful artifact.

Despite the fact that the project is named Minecraft, it took only the style and monsters from the popular progenitor. Otherwise, it's more like the legendary Diablo. Alone or in a team of up to four people, the player embarks on a journey through procedurally generated locations. Three lives are allocated for each level. If all members die, then the team is thrown back, where everyone is resurrected. In co-op, comrades can independently raise a fallen soldier.

You have to travel through various zones: pumpkin fields, forests, meadows, caves and ancient ruins. On each of them, enemies await, most of which are well known to fans of the series. It will not work to get lost with all the desire, there is always an arrow that persistently indicates the desired path. At the end of each stage, there is a mandatory visit to the hub. There you can replenish supplies of potions, buy new clothes or weapons. You cannot destroy and rebuild the environment. They also cut down on the ability to create their own items. The game is extremely simple and linear. After death, nothing is lost, even the health of monsters is not regenerated. Experience and loot also remain in place.

The arsenal in Minecraft Dungeons is pretty standard: swords, axes, bows. You can also take with you three special artifacts that give useful bonuses. For example, they increase speed, allow you to heal or knock back nearby enemies with a blast wave. Each equipment has passive amplifiers that are pumped through experience points. Moreover, you cannot choose them, they are tightly tied to certain objects. Screenshots System Requirements DLC's Features RePack How to install Minecraft Dungeons game 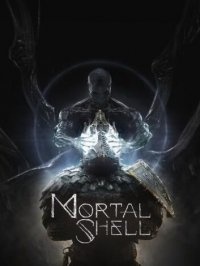